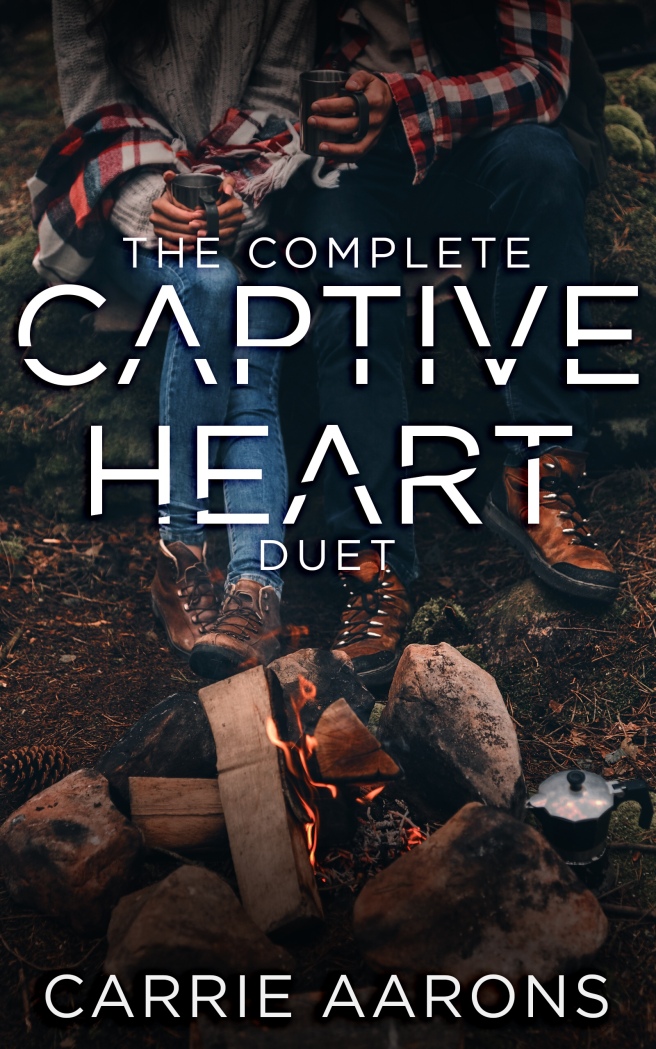 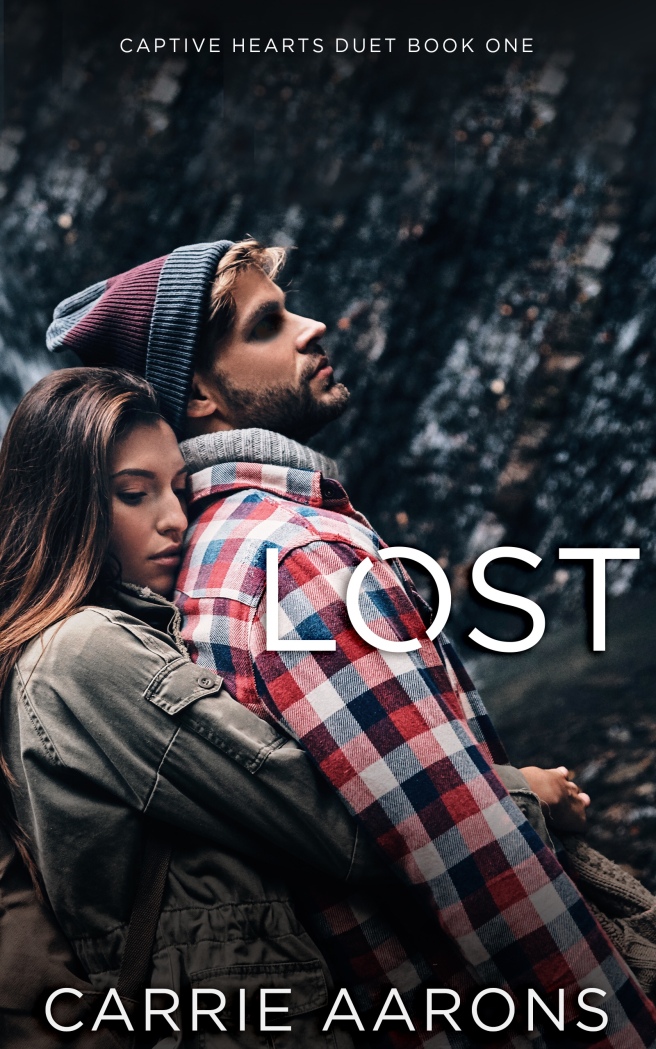 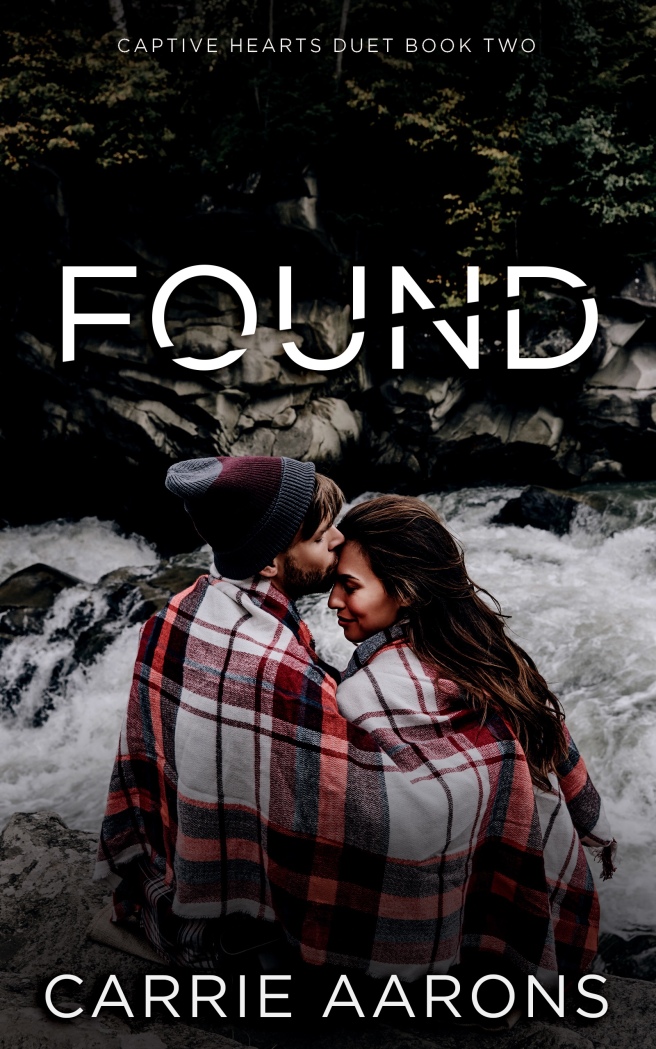 Cover Designed by Mignon Mykel at Oh So Novel

Charlotte never thought she’d be staring down the barrel of a gun when she walked into her thankless bank job. Especially one that is held by her childhood neighbor and the boy who broke her young heart, Tucker. And the last thing she expected was to become his hostage. What ensues is a story of heartbreak, recovery, passion, and prevailing through it all to save the love that still burns between them.

“Aarons takes a typical boy next door romance and turns it on its head. No flowers and sweet, swoon-worthy late night stolen kisses here. There is grit and suspense and a struggle to move forward; and Aarons does it flawlessly.” -The Read Report

We knew each other a lifetime ago. And then…
We lost childhoods. We lost opportunities. We lost love.
Fate is giving us another chance. But a chance at what?
Because even though we’ve been brought back to each other under the worst of circumstances…
We are still. So. Damn. Lost.

We found each other where no else could.
Found a purpose. Found ourselves. Found love.
Again.
But then life got in the way.
Three years later and the people that we once were are nowhere to be found.
Can our love survive everything we’ve put it through?
Can we find a way back to each other…
Again? The first book in the Captive Hearts Duet is Lost. This is a lot darker than what I’m used to from Carrie Aarons, but I can easily say that I enjoyed it immensely! It’s borderline Stockholm Syndrome, but with a special twist.

We see glimpses of Charlotte and Tucker’s past memories of their childhood crush, teenage heartbreak to the present, where they meet again under a situation that puts both of them in a bad predicament. While on the run we see how they were both lost and lonely in their separate lives but found love while together.

“I was lost without him. And with him, only him, I’m found.” ~Charlotte

“I’m thankful for you. You found me when no one else was even looking. You took this lost shell of a man and fixed me. You returned me to how I used to be, only a better version of the old me. I only have you to thank. And I’m so fucking thankful for that.” ~Tucker

I can’t wait to read the final book of this Duet. I highly recommend reading this series. Lost by Carrie Aarons is an EPIC read that will join the ranks of the BIBLIO-ARISTOCRACY!!!!

Found is the final book that completes the Captive Hearts Duet. It was as emotional as the first book and gave me all the feels.

Both Charlotte and Tucker had to deal with the consequences of their decisions. You see the struggle they had and the need to overcome so many issues left unsaid that eventually causes a strain in their relationship.

“We didn’t have to worry about levels of careers or social norms, didn’t have to deal with people talking about the good girl and the bad boy. But now it would all seep in, tainting and infecting our relationship, our fucking marriage, until she wanted to walk away from me.”

But the overall outcome was all I hoped for the two of them. I loved this duet and I highly suggest reading this series. Found by Carrie Aarons is an EPIC read that will join the ranks of the BIBLIO-ARISTOCRACY!!!! 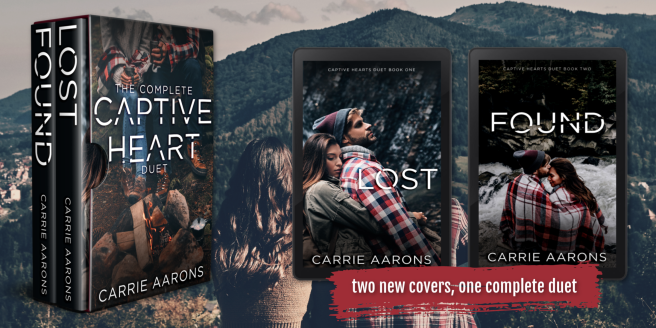 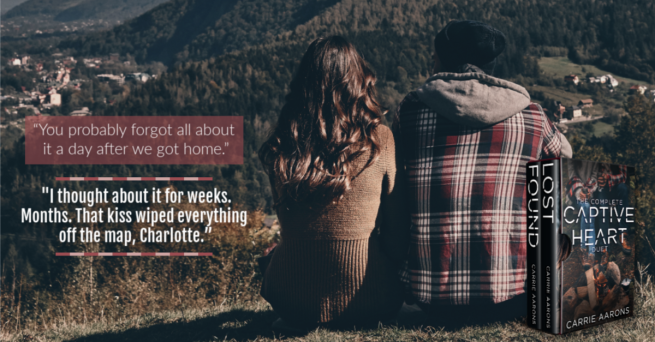 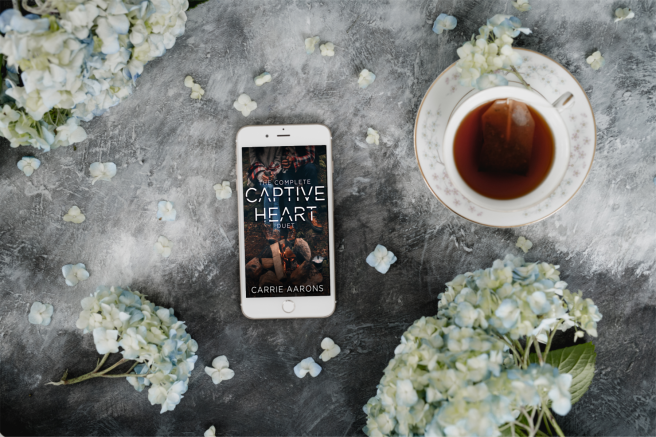 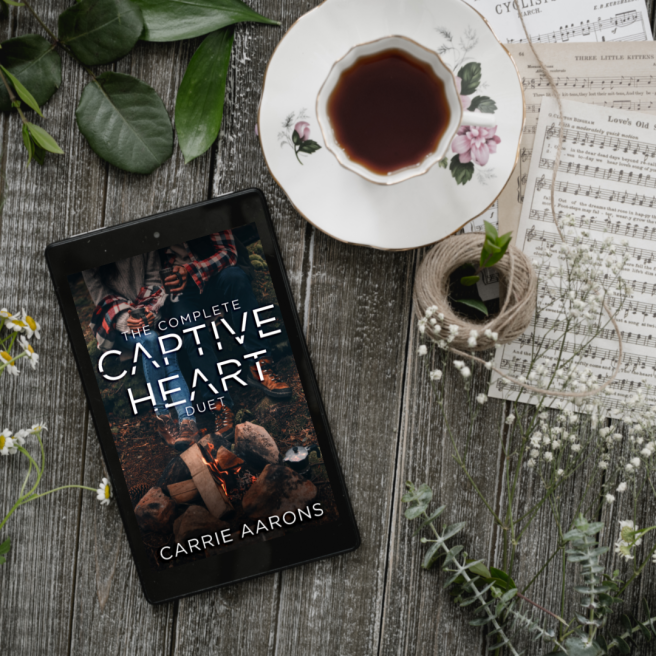 Lost and Found, the Captive Heart Duet, is now live as a box set for just 99 cents!

One-click the duet for a release day only price of 99 cents: mybook.to/CHDuet

This dark romantic suspense saga is gritty, raw, emotional, heart-pounding and completely unique … make sure to grab it before the price goes up!

Author of romance novels such as The Tenth Girl and Privileged, Carrie Aarons writes books that are just as swoon-worthy as they are sarcastic. A former journalist, she prefers the love stories of her imagination, and the athleisure dress code, much better.

When she isn’t writing, Carrie is busy binging reality TV, having a love/hate relationship with cardio, and trying not to burn dinner. She lives in the suburbs of New Jersey with her husband, daughter and Lab/Great Dane rescue.