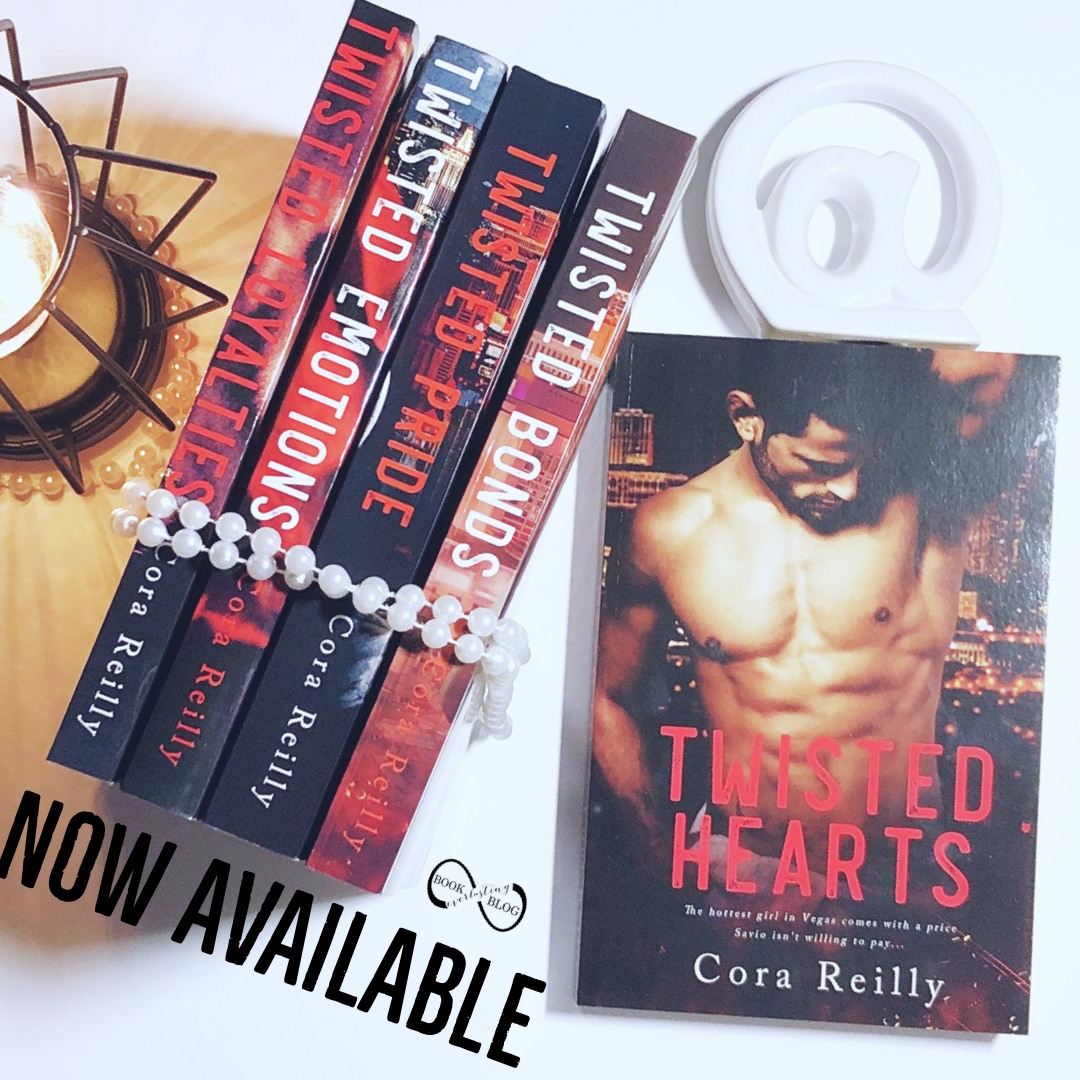 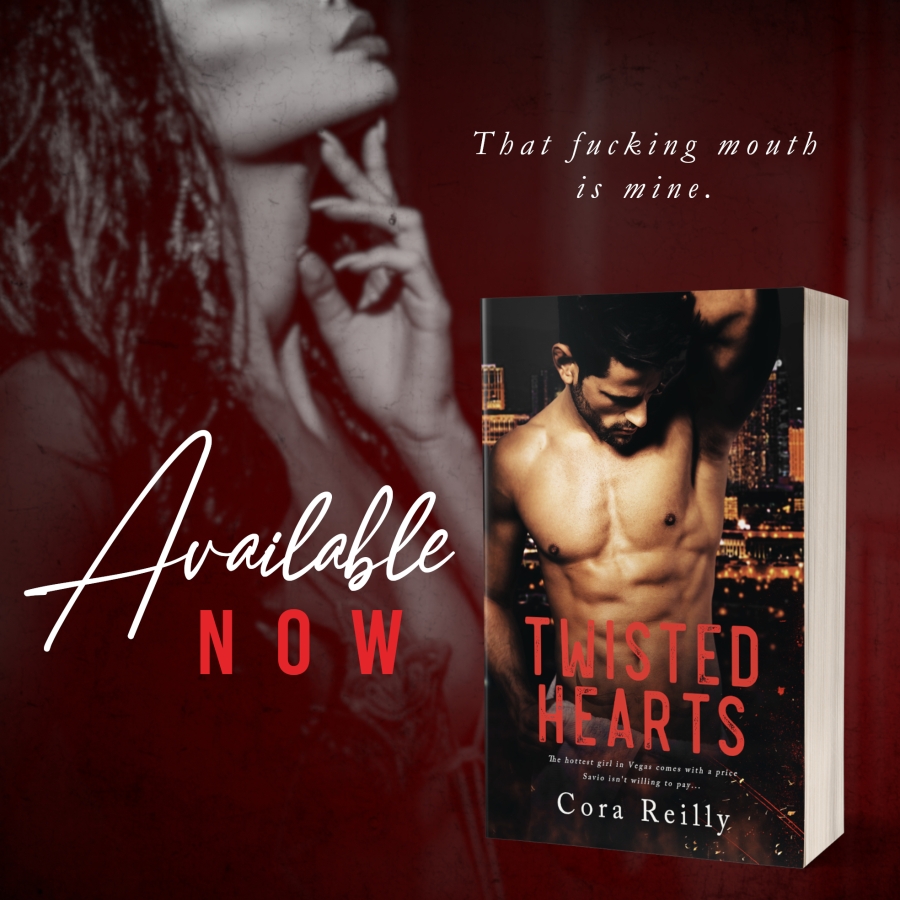 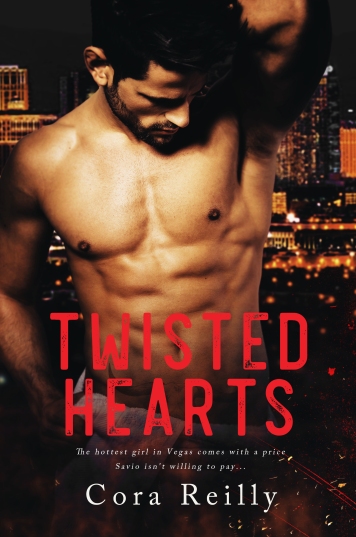 Savio Falcone has a few non-negotiable rules when it comes to girls.

They need to be hot as f*ck.

Spread their legs without much prompting.

And leave as soon as the fun is over. Preferably minus any bitching or tears.

With his easy-going bad boy attitude, a last name that rules over Las Vegas and a body to die for, girls have always been at Savio’s disposal.

Unfortunately, the hottest girl in Vegas comes with a price Savio isn’t willing to pay. For Savio to get Gemma he’d need to seal the deal and put a ring on her finger. Settling down is out of the question, no matter how hot a piece of ass waits at the altar.

Gemma Bazzoli has had a crush on Savio from the first moment she came face to face with his arrogant smile, but for him she was always his best friend’s annoying little sister—until her hard-earned curves catch even his attention.

But Savio likes it easy, and Gemma is anything but. When she’s promised to another man, Gemma resigns herself to the fact that the man she’s wanted all her life, doesn’t want her badly enough.

Savio has to decide how much work he’s willing to invest, because bending the rules in his usual style might not be enough to get the girl that haunts his wet dreams.

The fifth book in The Camorra Chronicles was hands down a 5 star EPIC read!!! Savio is all I imagined he would be and more. I enjoyed seeing Gemma evolve from a young girl with the school girl crush, into the young woman who in time discovers her worth.

“This bull won’t ever be chained to one woman.”

Little does Savio know when he makes that comment. I love all the Falcones, but there was something about reading Savio’s story that kept it real.

This story was incredible and I highly recommend picking up this book! Twisted Hearts by Cora Reilly will join the ranks of the BIBLIO-ARISTOCRACY!!! 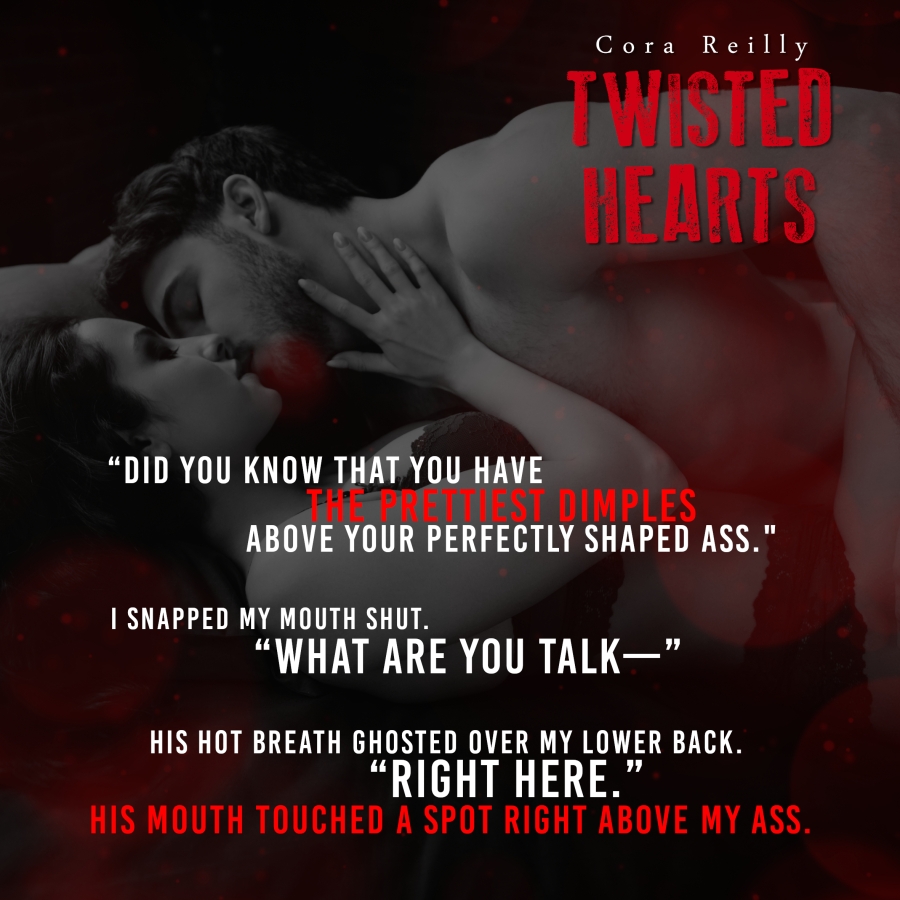 Gemma looked up at me. “I’m not one of your other girls, Savio. I’ve been brought up traditionally by my family. My mother raised me with strict values. I believe in the sacred bond of marriage. I believe in giving myself to my husband, and no one else. Nothing will change that. And even a Falcone can’t.”

Surprise washed over me at the vehemence in her voice and the fierceness in her eyes. She meant it. There was not the hint of doubt in her expression. Her crush had made me believe that she might be open to a bit of playing outside of the rules. Now, I realized I might have misjudged her.

“I’ll be your husband soon, and then everything is mine.”

“But you aren’t yet,” she said firmly. “And until then I won’t give you anything. My family will seek retribution if you take something. They won’t care that you are a Falcone. They will protect my honor.”

Diego’s words from last night flashed in my head, and my anger spiked once more. “They would die.”

I leaned down, regarding her olive eyes, resolute and anxious. “They won’t have to seek retribution, Gem. If you want to wait until marriage, I won’t push you.”

Suspicion filled her face. “You won’t? That’s not your usual style.”

My smile widened. She was right. I loved to push her buttons, and it would be difficult not to keep doing so, but this was different. While my brothers and I weren’t traditionalists, we respected our men and their families, and that included their old-fashioned values. Remo kept reminding me of that fact repeatedly.

Besides, it gave me a thrill knowing that Gemma would only be mine alone, even if the wait until our marriage would prove tricky. But I had other girls for fucking and sucking until then. Maybe the wait would add even more thrill to our wedding night. I tilted my head, bringing our faces closer. Gemma was the full package. Choir girl and sex bomb, a lethal combination of heaven and hell. Being around her you couldn’t help but want to be sinner and saint, only so you could be closer to her.

“Savio…” Gemma said in warning, bringing her palms up against my chest.

I got that she didn’t want to have sex before our wedding night but why deprive herself of all the other fun things I could show her? “Is a kiss really so bad? Your mouth is so fucking kissable.”

“Well, your mouth is coming around too much for my taste. You’ve probably kissed more lady parts than most toilet seats.”

My arms gave in from the force of my laughter. Fuck, Gemma, was one of a kind. Resting my forehead against the wall, my body pressed into Gemma. “Lady parts?” I repeated between chuckles as I tilted my head down.

Gemma raised her head. We were so fucking close, her lips were begging for me to bridge the few inches between us. “How about you call them what everyone does? Pussy.”

Her cheeks turned red. “I’m not going to take that word into my mouth.” She pushed harder against my chest but I didn’t budge.

“I’d love to have your pussy in my mouth,” I growled, and doing my usual routine without even thinking about it, I ground myself against the woman in front of me to show her what she was doing to me.

Gemma tensed, her eyes widening in shock. She jerked her knee up and hit my balls. Pain shot through my body and I groaned. She quickly slipped out under my arm and stormed away. “That’s called Bull’s eye!”

Fuck. Anger surged through me. I chased her despite the fucking throbbing in my balls, and I grabbed her wrist. She whirled on me. “Don’t do that ever again,” I growled.

She narrowed her eyes. “How about this then?” She swung her fist at me, aiming straight for my nose. My arm shot up, blocking her assault. I’d been fighting in the cage for years now against guys weighing twice as much as Gemma. She was a good fighter, for a small girl, but that was it. I gripped her other wrist and jerked her against me, holding her fast. Her hair had come undone from her ponytail and framed her face in wild curls. “Apologize,” she seethed.

My eyebrows shot up. “I’m not the one who smashed his knee into your lady parts.”

“Apologize for disrespecting me.”

I regarded her. She was dead serious.

“If anyone else treated me the way you just did…”

“I’d cut his dick off and let him bleed out,” I finished.

Cora Reilly is the author of the Born in Blood Mafia Series, The Camorra Chronicles and many other books, most of them featuring dangerously sexy bad boys. Before she found her passion in romance books, she was a traditionally published author of young adult literature.

Cora lives in Germany with a cute but crazy Bearded Collie, as well as the cute but crazy man at her side. When she doesn’t spend her days dreaming up sexy books, she plans her next travel adventure or cooks too spicy dishes from all over the world.